Joel R. Beeke and Nick Thompson, Pastors and their Critics: A Guide to Coping with Criticism in the Ministry. Phillipsburg, NJ: P&R Publishing, 2020. $10.00, paper.

Criticism can drive men from the ministry. For some it comes early in their careers, unexpected and fierce, like a flash flood. Unable to receive criticism, the pastor resigns or moves to another field believing, wrongly, that his initial experience was unique.

What went wrong? Part of the problem can be unrealistic expectations. While preparing for ministry, a young man envisions his future congregation as a group of believers eager to learn from him and follow his leadership. Early on, criticism came and expectations were shattered, leaving him hurt and disillusioned. Isolation can exacerbate the problem. Perhaps for the first time, he is experiencing life without the support of nearby family, encouraging friends, and affirming professors.

Inexperience can intensify the hurt. He may arrive at his first church with little or no management experience – he hasn’t been exposed to the kind of criticism that comes with the responsibility of leadership.

I want my seminary students properly prepared for this particular challenge, which is why I was glad to make Pastors and Their Critics a required text in my recent seminary leadership class. Judging from student papers, without exception they found the authors’ counsel valuable.

The book’s four parts provide a comprehensive framework for thinking through this challenge in ministry.

Part One: Biblical Foundations for Coping with Criticism

As with any issue of faith and practice, study must begin with the Word of God. What do the Scriptures teach us about coping with criticism?

The authors remind us that we need not read far in Genesis before we encounter the first example of unjust criticism. The serpent assaults God’s character, denying his goodness.

The abuse directed at God continues and its scope widens as God’s servants find themselves on the receiving end of those attacks. The life of Moses, Aaron, and David are used to explore the verbal flak that is directed at leaders from within the covenant community. Nehemiah becomes a case study of facing opposition from the unbelieving world.

Criticism tests the mettle of one’s faith. Fundamental questions came to mind: Does the pastor trust the rule of the sovereign God who works all things according the counsel of his will and for his glory? Does he believe that God foreordains whatsoever comes to pass, a decree that includes the mistreatment of his servants? Does his faith rest in the Lord’s “omniscient mercy and overruling justice”?  When mistreated, does he, like Nehemiah, persevere in doing good?

When the authors turn to the New Testament, Christ and his sufferings become the object of their study. Although Christ’s sufferings as a substitutionary sacrifice for sin are unique, his response to those who treated him unjustly becomes the model for pastors who endure unjust treatment.

The authors’ counsel is comprehensive, practical, and pastoral. Conflict is an unavoidable reality in a fallen world. Pastors must become skilled at analyzing it, pinpointing its source, evaluating its content, and determining the extent of the criticism by members of the congregation. The wise pastor determines to understand both the motives of his critic and to sympathize with the trials his critic faces.

The minister must also approach conflict with humility. He must listen carefully to critics, evaluate his actions in light of their criticism, examine his own motives, and seek the honest feedback of trusted confidantes who will help assess the validity of the complaints. He recognizes that his tone of voice can hurt or help the situation.

Responding to criticism with sober judgment requires disciplined prayer and an abundance of wisdom. Does the situation require silence or verbal response? If a verbal response is required, what about its timing?

If a pastor is to respond to his critics with grace, he must first have a clean conscience before God. A defiled conscience leads to the minimizing of his own sins and the magnifying of the sins of others. Either impairs his ability to handle verbal criticism in a way that promotes holiness of life.

Pastors must possess spiritual eyes that see critics – both fair and unfair – as gifts from God for their own sanctification.

Part Three: Practical Principles for Constructive Criticism in the Church

When a pastor must offer godly criticism to a member of his flock, he must take into account more than the words he will use. True, they must be carefully chosen. But he must also cultivate a pastoral demeanor that reinforces his concern for his congregation. His ministry must be distinguished by personal involvement in the lives of his congregation and a tenor of ministry that convinces them that their pastor is for them in Jesus Christ.

The pastor seeks to pursue a congregational environment conducive to the offering of godly counsel and criticism. That environment will only exist where the ministry of the word exalts Christ and is supported by earnest prayer that diligently seeks the spiritual fruits of the preached word. The pastor sustains that environment by his readiness to confess his own public faults and provides platforms for members of the congregation to voice their concerns.

Receiving and giving criticism is a component of ministry. One temptation is to become so consumed with it that the pastor loses sight of the big picture – namely, that his labors are for the glory of God and the edification of his church and that they must be performed in light of the coming Judgment Day. The pastor always has eternity in mind, and the perfect love that distinguishes the world to come. Thoughts fixed on that hope will sustain pastors through present trials. Coping with critics is for this age and not the age to come!

I wholeheartedly commend this book. Its sound exegesis, practical counsel, and concrete examples will encourage ministers at any stage of pastoral ministry. Seminarians will want to read carefully the appendix, “Preparing for the Fires of Criticism While in Seminary,” by Nick Thompson.

As mentor pastors read this book, they should ask themselves how they can best prepare their interns and assistants to cope with criticism. I have mentored men for several decades now and am convinced we must resist the temptation to act like overly protective parents, shielding young men from criticism. Instead, we want them to receive it during a time when we can help them process it and learn to respond to it appropriately. That means talking with young men about the criticism they receive, making sure they have listened carefully to the concerns expressed, helping them to judge their accuracy, and sending them back to their critics to foster a mutually beneficial relationship. Not every outcome will be ideal, but this is one way we can, along with our authors, help our men cope constructively with criticism to the glory of God and to the building up in holiness of our Savior’s beloved church. 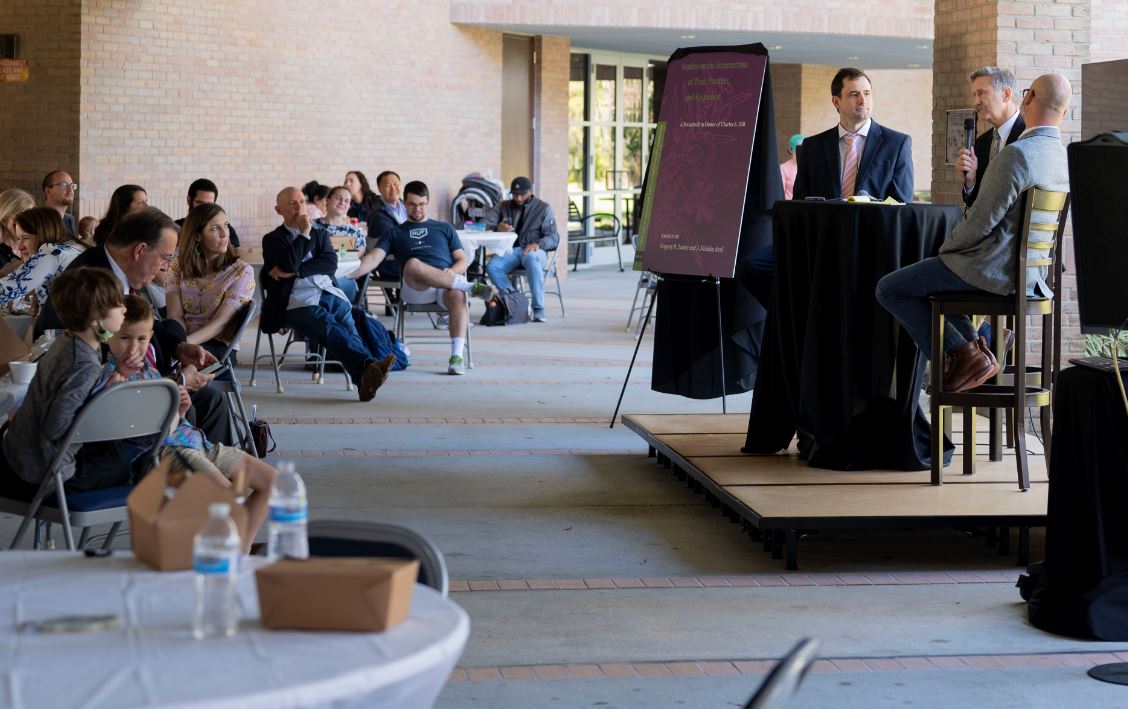