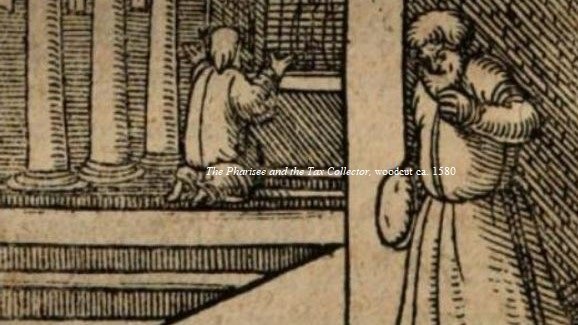 Augustine, Virtue, and the Moral Field

Any account of ethics worth its salt considers three important aspects: the location of ethics, the goal of ethics and the agent of ethics. Christians are tempted to think of ethics in terms of following the right rules in a particular situation to produce the right action. While framed with a high degree of oversimplification... READ MORE

Theology as Catechism and Criticism

Meredith G. Kline and the Not-Marriage of Hosea 3:1-5

Dr. Meredith G. Kline (1922-2007) was a gifted biblical scholar in numerous areas. Two in particular were outstanding. First, he was a master exegete of the Holy Scriptures in both the Greek of the New Testament and the Hebrew of the Old. In addition to his exegetical abilities, second, he also was able to envision... READ MORE

Honoring Older Women as Spiritual Mothers in the Church

One of the perennial issues that troubles conservative Presbyterians is tension over what it means to subscribe to the Westminster Standards.  The practice of confessional subscription to the confession and catechisms falls under the authority of presbyteries, but given the connectionalism of Presbyterianism in Synods/General Assemblies, the responsibility of examining candidates and disciplining errant ministers... READ MORE

The aim of the expository sermon is to preach the meaning of a particular passage of scripture and apply it legitimately to the contemporary listener in such a way that the listener can see the source and authority of the application. One approach to expository preaching invokes the language of Isaiah 28:10 by advocating “line-by-line,... READ MORE

The Pharisee and the Tax Collector by Niels Hemmingsen

Translator’s Introduction Niels Hemmingsen (1513-1600), an irenic Danish Lutheran theologian, philosopher, and humanist, is one of the sixteenth century’s best kept secrets. But, unlike the secret of a favorite restaurant you want to remain under the radar so that you never have to wait for a table, Hemmingsen’s obscurity is almost uniformly tragic. For Hemmingsen... READ MORE

A Hidden Lamp As a young twenty-something Christian warming up to a Reformed faith I had once rejected, I was introduced to the Westminster Shorter Catechism in J. I. Packer’s book Knowing God. That book ushered me into an understanding of God as one “infinite, eternal, and unchangeable in his being, wisdom, power, holiness, justice,... READ MORE

What is Biblical Critical Theory? A Review Article

Christopher Watkin’s Biblical Critical Theory: How the Bible’s Unfolding Story Makes Sense of Modern Life and Culture[1] (BCT) is a remarkable book that will bless the Church and the academy. Do not be intimidated by the length of the book. Watkin is a delightful writer who is always clear and often witty. Throughout 28 chapters,... READ MORE

The Apocalyptic Paul: Retrospect and Prospect

If Adam Had Not Sinned: The Reason for the Incarnation from Anselm to Scotus

Pastoral Theology, Volume 3: The Man of God: His Shepherding, Evangelizing, and Counseling Labors

Theology for Ministry: How Doctrine Affects Pastoral Life and Practice