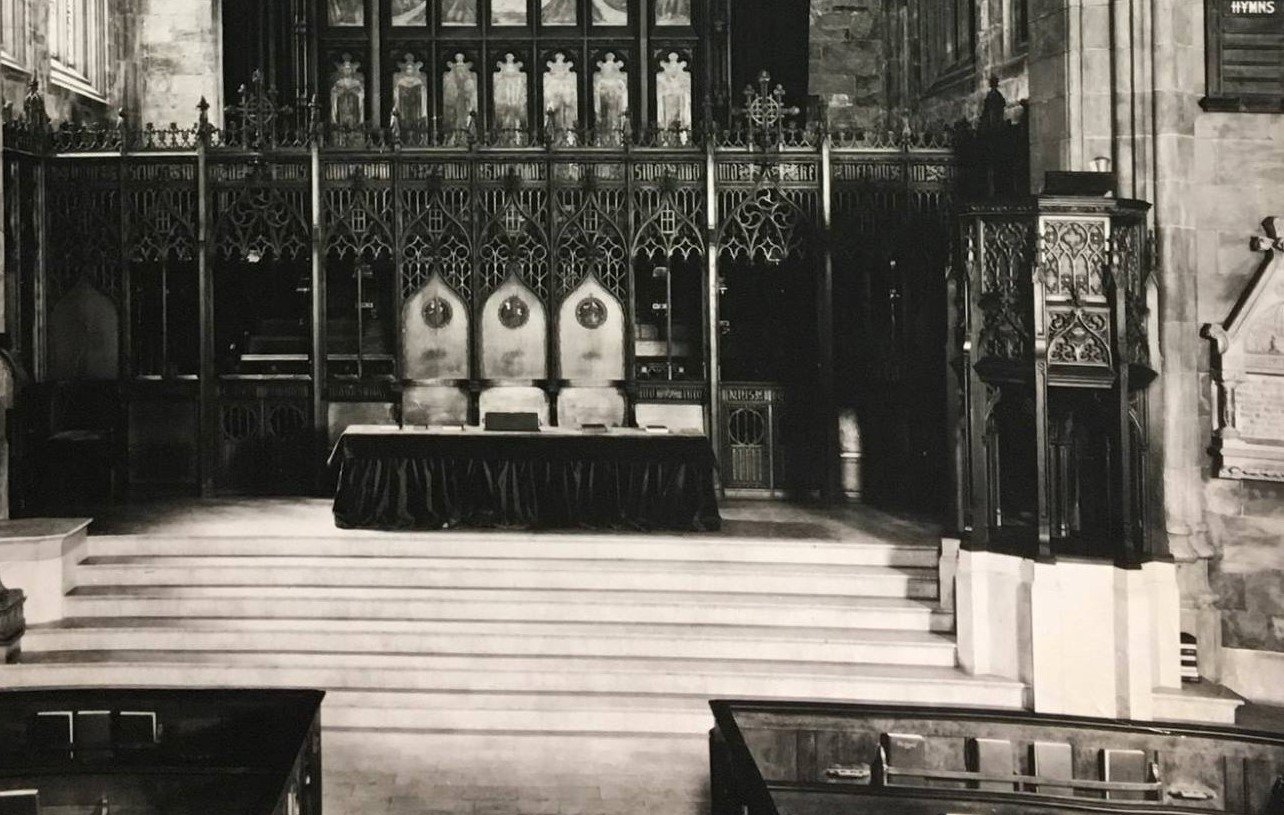 “Shall the Fundamentalists Win?” A Centennial Symposium

This May marks the one-hundredth anniversary of the sermon preached by Harry Emerson Fosdick, “Shall the Fundamentalists Win?” We offer five reflections on the sermon, its role in the Presbyterian controversy in the early twentieth century, and the lessons it bears for Presbyterianism in the twenty-first century. Harry Emerson Fosdick and the Spirit of Liberalism ... READ MORE

Harry Emerson Fosdick and the Spirit of American Liberalism

On May 21, 1922, Harry Emerson Fosdick took to the pulpit of Old First—the historic First Presbyterian Church (est. 1716) located on Fifth Avenue in Manhattan—to deliver what would be his most famous sermon. The American church broadly, and the Presbyterian church specifically, were already divided into conservative and liberal camps. Fosdick’s sermon did not... READ MORE

When Harry Emerson Fosdick stepped into the pulpit at First Presbyterian Church, New York City, on May 21, 1922, he undoubtedly reckoned that he was firing a broadside shot towards conservative religionists within the northern Baptist and Presbyterian denominations. After all, the Baptist preacher and homiletics professor knew that, in provocatively asking “shall the fundamentalists... READ MORE

Evangelicalism After Fosdick: Macartney as a Case Study

Harry Emerson Fosdick was clearly picking a fight, as Kevin DeYoung writes, when he delivered his sermon, “Shall the Fundamentalists Win?” on May 21, 1922. At the same time, the fundamentalists themselves “welcomed the sermon” because it graphically exposed the liberal agenda and would force “moderates to take sides.”[1] This was certainly true of the... READ MORE

For Machen, Fosdick Was a Small Part of the Problem

Harry Emerson Fosdick’s provocative sermon, “Shall the Fundamentalists Win?,” delivered on May 21, 1922, is as good a date as any to locate the start of the controversy between conservatives and liberals in the Presbyterian Church.  It did prompt conservative reactions and put the Presbytery of New York at the center of Presbyterian deliberations for... READ MORE

What Happened to Liberalism?

As a formal movement embedded in mainline seminaries and denominations, American Protestant liberalism has been on the retreat for the better part of two generations now. Outflanked by more progressive strands of liberation and postmodern theologies on the one side and a resurging conservative Christian orthodoxy on the other, liberalism’s once commanding public voice has... READ MORE

Geerhardus Vos and the Interpretation of Romans 1:3-4

Paul’s epistle to the Romans opens with a proverbial fireworks show as the he wastes no time unleashing theological truth: “Concerning his Son, who was descended from David according to the flesh and was declared to be the Son of God in power according to the Spirit of holiness by his resurrection from the dead,... READ MORE

On Bavinck, the Beatific Vision, and Theological Practice

Reformed theology at its best seeks to apply as broadly as possible a theocentric approach to Christian faith and practice.[1] In that sense it is catholic both in its concern about all things and its reliance on this creedally Christian commitment to be God-centered. That has been the genius of Reformed Christianity, and it remains... READ MORE

When I first encountered the title of Dru Johnson’s book, my interests were piqued. Most of my research has been occupied with the Dutch neo-Calvinist tradition, known for its emphasis on drawing out implications for every area of life from Scripture. Philosophy, too, was no exception to this. Scripture has leavening implications for philosophy, even... READ MORE

Presuppositionalism in the Dock: A Review Article

Three things are certain in life: death, taxes, and debates over Cornelius Van Til. For many, the Dutch professor is a hero of the Protestant tradition—a brilliant reformer in the mold of John Calvin who sought to further the work of the Reformation in the areas of Christian philosophy and apologetics. For others, he is... READ MORE

What Happens When We Worship

The Logic of the Body: Retrieving Theological Psychology